The Best of The Web @ FIX University

The Union’s Spy Game as seen by NT

At the outset of the Civil War, neither the Union nor the Confederacy had a centralized military intelligence department — and yet the need for information on enemy troop movements, political developments and even simple things like geography was immediate. In the breach, they turned to a motley crew of amateur spies who were as untrained and untested as the soldiers who met on the early battlefields at Bull Run and Wilson’s Creek.

Despite the equally jumbled espionage operations in the North and the South, the Confederacy had several advantages. Even before the South seceded, secessionists had established spy rings in Washington, a hotbed of southern sympathizers, which gave them access to vital information at some of the highest levels of government. The South also benefitted from the stream of critical intelligence that came its way from the many former Union officers who swore their allegiance to the South after secession. And while the Union faced an enemy with a loosely assembled government still in its infancy, the Confederacy opposed an established and well-known target.

The outbreak of war led to an explosion in intelligence-gathering activity and innovation. Codes and code-breaking were all the rage. Spies on both sides wiretapped telegraph lines and flew hot-air balloons linked to cables for real-time aerial reconnaissance. In fact, the South proved surprisingly adept at building an intelligence network, using a system of couriers to get intelligence to Richmond and then share it with generals in the field. Union generals, in contrast, each had to build his own intelligence capability, a task that understandably was not always their number-one priority. 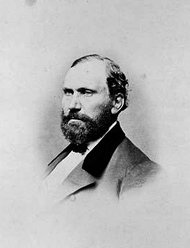 Which is not to say the Union didn’t make progress. In late July, after the defeat of Union troops at the First Battle of Bull Run, President Lincoln appointed 34-year-old George B. McClellan as the commander of the Union Army of the Potomac to protect the capital from attack. McClellan, nicknamed “the young Napoleon” for his early victories in the war, hired his friend and former business associate Allan Pinkerton to collect tactical information.

Pinkerton was an obvious choice. The Scottish-born Pinkerton, a stocky, bearded man in his early 40s, had left the Chicago police force in 1850 to start his own detective agency in Chicago. The sign on the front of his headquarters included a large eye bearing the company slogan “We Never Sleep.” He and his detectives — whom he required to be free of “addiction to drink, smoking, card playing, low dives or … slang” — specialized in capturing gangs that robbed railroads. McClellan had been one of Pinkerton’s clients when he was the president of the Rock Island and Illinois Central Railroad; Lincoln had been the railroad’s attorney.

He had also already served the White House well. He had alerted Lincoln of a possible assassination attempt in Baltimore during Lincoln’s inaugural journey from Springfield, Ill. in February. Pinkerton soon saw an opportunity to expand his work for the government; in April, just nine days after Confederates fired on Fort Sumter, he wrote to Lincoln offering to start “obtaining information on the movements of the traitors, or safely conveying your letters or dispatches.” Before Lincoln could answer him, McClellan asked Pinkerton to set up a military intelligence service for his command. Pinkerton agreed. 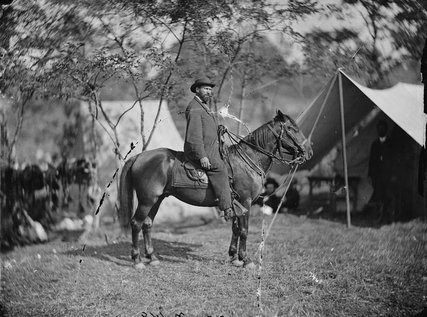 Library of CongressMr. Pinkerton in Antietam, Md., in 1862.

Classified as a civilian, Pinkerton went by the code name of Major E.J. Allen and created a staff using between 16 and 18 of his agents, including Kate Warne, the first female detective in the United States. Though he only worked for McClellan, he would later refer to himself as chief of the United States Secret Service. Some of his espionage efforts proved successful, including those that involved interrogating runaway slaves when they reached Union lines. But much of his work was of little help: because he failed to provide clear instructions for his spies to communicate their findings, the information they provided was often too old by the time it arrived.

At almost the same time that McClellan hired Pinkerton, Lt. Gen. Winfield Scott, commander in chief of the Union Army, hired Lafayette C. Baker as his own intelligence officer and head of security. A well-known California vigilante in the 1850s, Baker was described by Gideon Welles, the secretary of the Navy, as “wholly unreliable, regardless of character and the rights of persons, incapable of discrimination, and zealous to do something sensational.” Baker would later claim that his title at the time was head of the Secret Service. Pinkerton and Baker refused to coordinate their efforts, and on at least two occasions, they inadvertently arrested each other’s operatives.

Explore multimedia from the series and navigate through past posts, as well as photos and articles from the Times archive.

While Pinkerton and Baker competed, Lincoln hired William A. Lloyd, a publisher of railroad and steamer guides in the South, as yet another intelligence operative, this time answering directly to him. Lincoln paid Lloyd to travel through the South and report on the location and number of Confederate troops and their fortifications. Lloyd sent his reports to Lincoln through the family of an employee, Thomas H.S. Boyd, who traveled with him.

It was Pinkerton, even as he led the Secret Service for McClellan, who was responsible for Lincoln’s safety. When McClellan took his troops — and a contingent of Pinkerton’s men — into the field, Pinkerton’s job of protecting Lincoln in Washington became impossible. He was spread thin, both in terms of manpower and loyalty. But his ultimate devotion was to McClellan, who had been insolent to Lincoln on several occasions and referred to him in letters to his wife as “the original gorilla.” 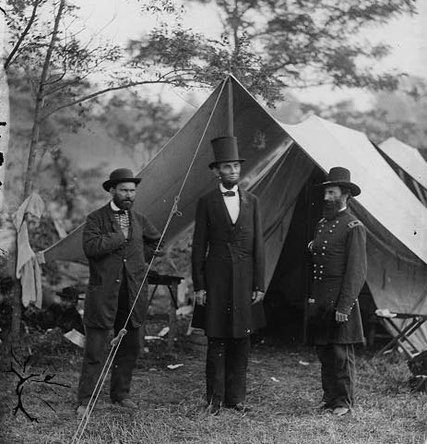 When McClellan reported inflated Confederate troop numbers to Washington and insisted he needed more troops before he could act, Pinkerton backed him. By early November 1862, Lincoln was convinced McClellan and his persistent timidity could never defeat Gen. Robert E. Lee, and he removed him from command of the Army of the Potomac. Pinkerton resigned in protest.

But while the man left, the intelligence operation, stayed, at least as a concept. In January 1863, Lincoln gave the command of the Army of the Potomac to Maj. Gen. Joseph Hooker, who immediately ordered his deputy provost marshal, Col. George H. Sharpe, to create a new intelligence department. A month later, Sharpe and John C. Babcock, a former Pinkerton employee, established the Bureau of Military Information, a forerunner of today’s Military Intelligence Division, with 70 agents.

McClellan once again battled his former boss when he ran against him for president in 1864, but Lincoln easily defeated him. Young Napoleon faded from the national spotlight, but not Pinkerton: he eventually returned to Chicago, where he and his detectives gained notoriety pursuing Jesse James, the Reno Gang and the Wild Bunch, as well as cracking down on labor activists for Carnegie Steel and other corporations. And though Pinkerton died in 1884, his company, the Pinkerton National Detective Agency, still exists today.